The name Elórtegui is formed by the root "elorri...", meaning hawthorn and the ending "...tegui" , meaning "place where there are" both words coming from the Basque language (euskera). So, the translation would be place with thorn bushes. Even today, the mountain side of the caseríos Elortegui Goikoa and Elortegui Bekoa are plentiful with elorri.

The elortza, also named ote at some places in Euskadi, it is known as tojo at Castile, toxo at Galicia, espinillo at Chile, ajonc in french and gorse in english. It is a dicotyledonous leguminous with the scientific name ulex europaeus.

It has a wide distribution, as it was introduced in many countries. Its origin is the Atlantic Europe and it can be found at the Mediterranean coast, Tenerife and Azores. In other places (Chile, Colombia, Argentina, Australia, Hawaii, USA) it is considered a invasive plant that becomes a plague.

It is a half meter to two meters high bush, very ramified ant tight, well adapted to dry and poor grounds and sunny places. It has 1 to 3 cm long thorns and it blossoms in the mid summer. It is very flammable and moderately toxic, specially for the eyes.

The ancestral home had the Elorri denomination but the name evolved to Herortegui or Erortegui in the 16th century and became Elortegui about 1700, as it appears at the baptismal and marriage documentation of the Catholic Church. There is a reference to the Elortegui name by  Don Sabino de Arana y Goiri (the Nationalist basque party founder) in his " Tratado etimológico..." 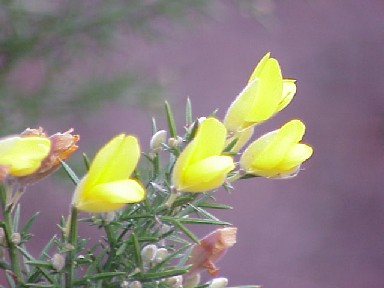 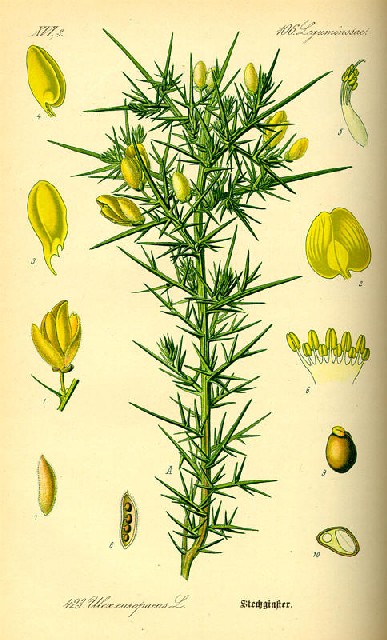